A story of loss, fragility and obsession told through the interface of Google Earth. A girl goes to the city of Rome looking for her lost love. She leaves three red roses behind at each stop she makes, hoping that they will lead her former lover to her. In the light of unresolved desire, the roses become indexical markers of human emotion in a depersonalised digital world of anonymous blurred faces. The voiceover is interspersed with the transcription of a WhatsApp chat that begins with the last and ends with the first message the two sent to each other.

Annalisa Urti is a visual artist and writer based in Milan, Italy. She first approached dramatic art at the age of 10 to then embrace the visual arts at a broader scale during high school and her bachelor in Painting and Visual Arts at NABA, Milan, Italy. Once landed at Piet Zwart Institute, Rotterdam, Netherlands, she uses video and writing to explore themes such as human emotion in the era of hyper-communication and the dichotomies embedded in the concept of displayed intimacy. Her visual and verbal language puts lyrical and colloquial, spiritual and secular in close dialogue. 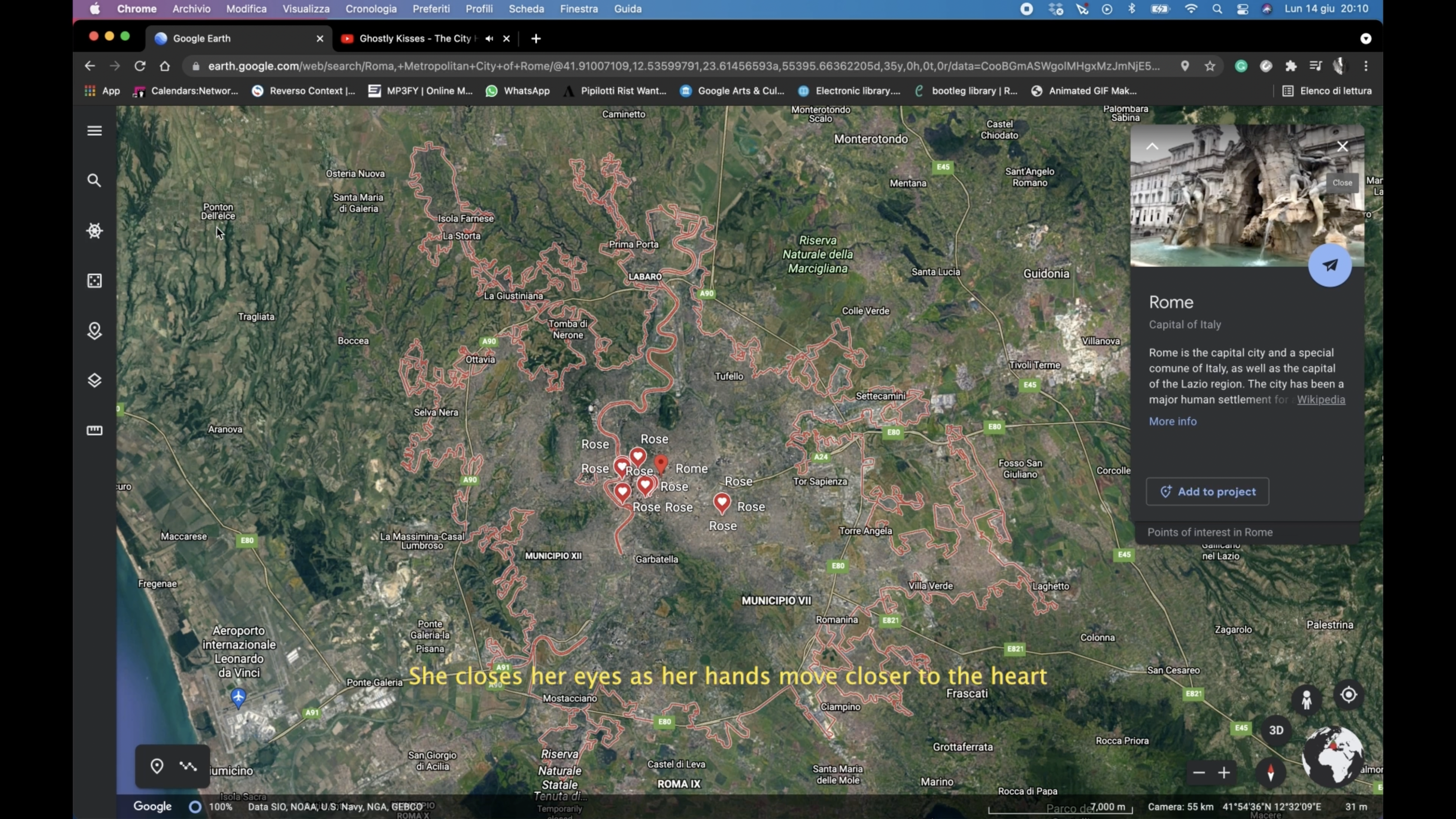