Tempted by Tomorrow, is the title that has been chosen, after some debate, by the artists and designers in this year’s PZI Master Media Design and Communication graduation show. In an era where the death of the Future—that brave utopian concept that motivated a good deal of cultural activity across different strata of culture throughout the twentieth century and beyond—has been widely discussed, it is hard not to read the title ironically.

But in the works in this show, that irony is tempered by a muted, but definite, optimism. The range of works in this year’s PZI MMDC are extremely diverse in terms of their formal approaches and aesthetic pre-occupations, yet when one engages with and reflects on each individual work there is a common strand running through the show: a sense that it is still possible to ‘make things better’; however carefully the concepts ‘make’, ‘things’ and above all ‘better’ might need to be interrogated.

Each project reflects a unique research trajectory over two years, with each artist employing both studio-based practice and sustained critical reflection to create the artworks and research projects you will find in this show: works ranging from 3d-printed modular camera design and associated workshops; through to a union designed to give a voice to those who undertake the new forms of ‘immaterial labour’ that abound in our culture; to a series of photographic works that seek to extend the notion of gesture in image to include strategies of image search and recombination. Other works in the show loop together languages taken from a range of discourses including pop culture, social media, iconography, sound design, interface design, library studies performance, and archival research. It is this looping together of disparate technologies and codes that forms the common pre-occupations of the research undertaken within the department.

As a department we are enormously proud of the research work of our graduating students. It has been a privilege to travel alongside their very various paths of enquiry. I would like to thank our guest curators Jon Thomson and Alison Craighead, and our regular curator Willie Stehouwer for the contributions they have made to this show.

An evening of performances, presentations and installations. Take the opportunity to have a drink, discuss the presented projects and choose the winner of the ‘Thesis – Karaoke’, the ultimate research based pop-jukebox. 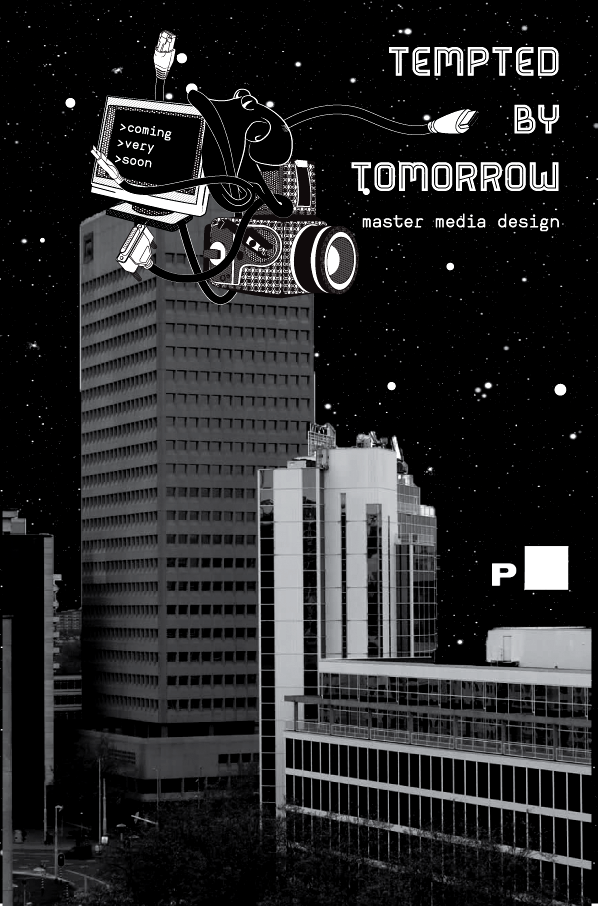 The Piet Zwart Institute houses the international Master programmes of the Willem de Kooning Academy at Hogeschool Rotterdam. Since 1999 it has been dedicated to promoting study and research in the fields of art, design and art education.